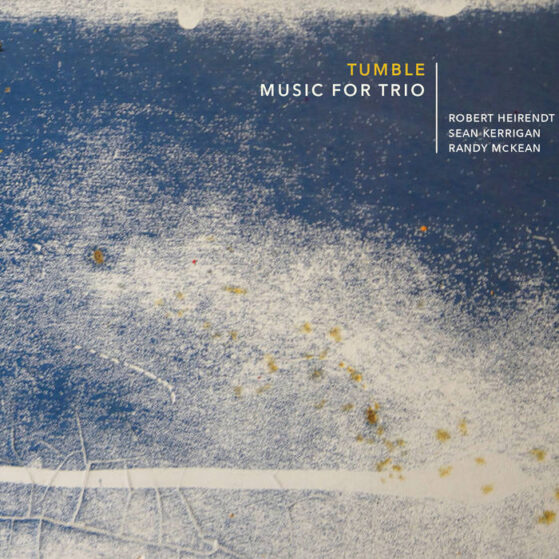 Music for Trio is my band Tumble’s first album. It was recorded just months before bassist Bill Douglass officially joined the band. Recording as a trio provided a unique and open ended context for group interplay. We set up in the studio in a triangle – all facing one another and recorded live. The album features five originals and two covers – Wayne Shorter’s composition Down in the Depths and spaghetti western composer Benedetto Ghiglia’s Lascialo Andare. Many of the recording’s highlights were inspired by deep personal experiences. Randy’s Callie Mac, was inspired by his son Callum’s tap-dancing prowess as a young lad, and the recording features Cal, now grown, on trombone. Sean’s soulful Dark Clouds in the Sierra Madre came to him while on a motorcycle trip through Mexico. A big highlight of this album for me is that it my daughter Mei Lin plays violin on my composition Saffron Robe.