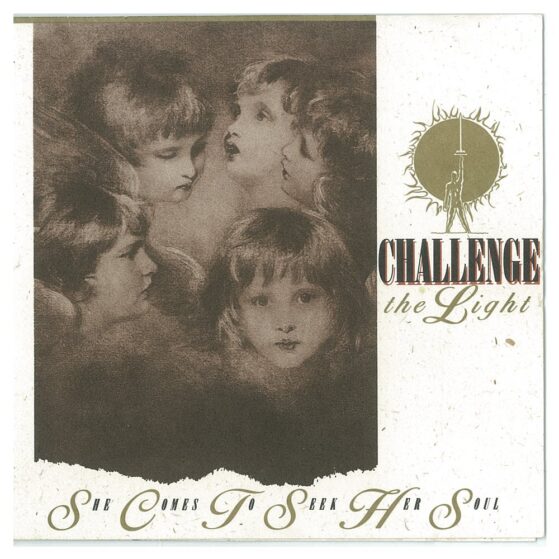 Challenge the Light – She Comes to Seek Her Soul

Challenge the Light was a band I played in from 1985-1990, contributing songwriting and keyboards.  We enjoyed creating modern rock music which was both dreamy and edgy. The lyrics reflected both earthy realities and metaphysical yearnings. The band was influenced by U2, Led Zeppelin, Depeche Mode, Love & Rockets, David Bowie, Pink Floyd, Cocteau Twins, The Doors, Roxy Music, The Cure and The Simple Minds. Our album “She Comes to Seek Her Soul” was originally released in 1988. Challenge the Light lead singer Ed Snyder co-wrote the lyrics to “If You Cry” from my Soft Sea Creatures album.