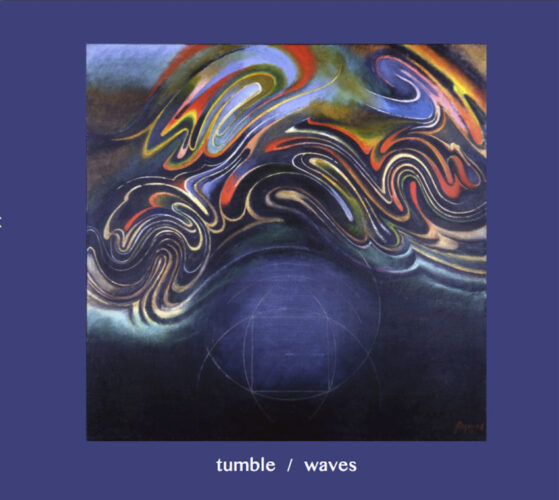 “Waves” is the the second album by my band Tumble. This album features the quartet work of the group featuring the bass playing of Bill Douglass. Bill is a master musician and improviser who has played with so many musical greats including Paul McCandless, Mark Isham, Art Lande, Mose Allison, Tom Waits and many others. Randy, Sean and I were so honored to have him as a member/mentor in the band from 2016 – 2018. In May of 2017, three months after the release of our first album, Tumble returned to the studio to begin work on this album. Just like on our first record, we tracked all songs live. We again recorded at Blue Whale Recording with our friend Bruce Wheelock.  The album features originals by Randy, Sean and myself and “tumblized” covers of Wayne Shorter’s Black Nile and Thelonious Monk’s Misterioso. “Waves” captures the band as it was during a special time when we were a quartet with Bill Douglass. You can read my blog post about the making of “Waves” here.