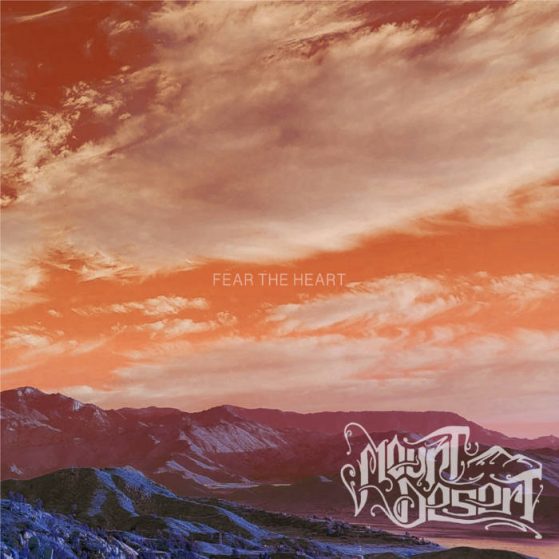 My old friend Scott Wiser just put out a really cool new album with his band Mount Desert. Mount Desert is a collaboration between Scott and drummer Jordan Norton. “Fear the Heart” is their second album. The record is a wild blend of thunderous heavy rock with other-worldly ambience. Scott’s production on this record is stellar! Scott asked my daughter Mei Lin and I to lay down some fiddle and mbira tracks to contribute to the world music influenced tune “The River I”. He took our parts and heavily manipulated them to mix into the sonic stew. I LOVE the way it turned out! We were really happy to be a small part of this production!

I met Scott Weiser back in 2000 when we were both working for a mental health non-profit organization in Oakland. I heard he was a musician, so I quickly got to talking music with him. We connected over several mutual musical interests including Brian Eno, Radiohead, U2, Cocteau Twins and Robert Fripp.

We started jamming from time to time, eventually collaborating on an ambient groove instrumental piece, “Splatter Puddle,” which ended up on my 2014 solo record “Soft Sea Creatures”. On that piece, you can hear his atmospheric e-bow guitar playing.

Back in 2020, I was putting together a Tribute album to Bob Dylan’s “Self Portrait”. I invited Scott to contribute a track, and he chose to cover what is perhaps one of the weirdest songs that Dylan has ever written: “All the Tired Horses”. Scott took the repetition of the tune as inspiration to take a layered loop-based approach. Not only did he contribute this piece to the collaborative album, but his piece was also a springboard for the development an interactive, generative music engine/website. The version of “Horses” on the CD is one instance of a randomly generated version of the piece. Mei Lin and I also contributed some vocals and a few instrumental flourishes which can be heard deep in the sonic layers. Check out Scott’s website and manipulate your own infinite versions of “Horses”!  https://travstw.github.io/horses/

Even though we rarely see each other in person nowadays, I am really happy that we occasionally collaborate on musical projects! It’s always big fun!

“Fear the Heart” is available now as a digital download at Bandcamp and is slated for a vinyl release in the coming months. Due to current vinyl supply shortages and lack of pressing plants, the vinyl version may take a while. I encourage you all to check it out here…It is Fab!! 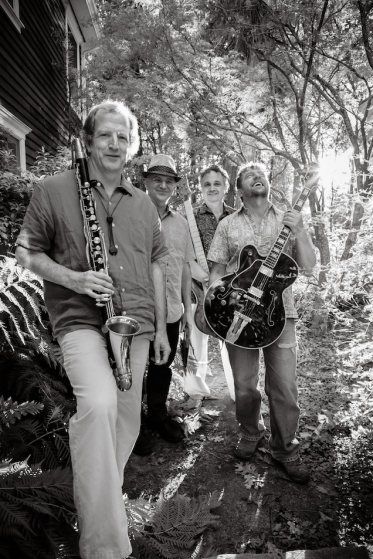 New Tumble Video & the Evolution of a Band

From my vantage point, Tumble has gone through three distinct periods: the trio, the quartet with Bill Douglass, and the current quartet with bass player Rob Holland. Each transition has resulted in distinct changes in the evolution of the sound of the band and its musical direction.

We began playing with Rob Holland in early 2019. Rob has brought so many special new elements and influences to the group. Rob plays a variety of basses with Tumble including acoustic upright bass, electric 4 string bass, electric fretless bass, and most prominently, the electric 6 string bass. The extended range of this instrument has added extra depth to the group’s sound through the extended low end and upper range. Counterpoint of voices has always been an important touchstone of the band’s musical identity. This extended upper bass range at times overlaps with the range of the guitar and mbira, creating new depth in the interplay of voices. Rob’s deep knowledge of Latin based grooves has also served to thicken the group’s influences from the African diaspora. Rob is also a great guy to hang with and we are super happy to be playing with him!

Our album Waves documents the group’s sound during our period of evolution with bassist Bill Douglass. By the time the album was released, Rob had taken over the bass chair in the group. We played a Waves CD release concert at the beautiful Besemer Hall in Nevada City in October of 2019.

This video clip is the first to be released featuring the current incarnation of Tumble. In this clip we are performing a version of my composition “3:32”. I remember waking up in the middle of the night with an angular little motif running through my head. I started to envision some possible structures and arrangements using this little melodic fracture. I remember thinking to myself… “My God, I really should be sleeping right now!” I looked up at my alarm clock and it read 3:32 AM!

Hope you enjoy this clip!