Music With My Daughter 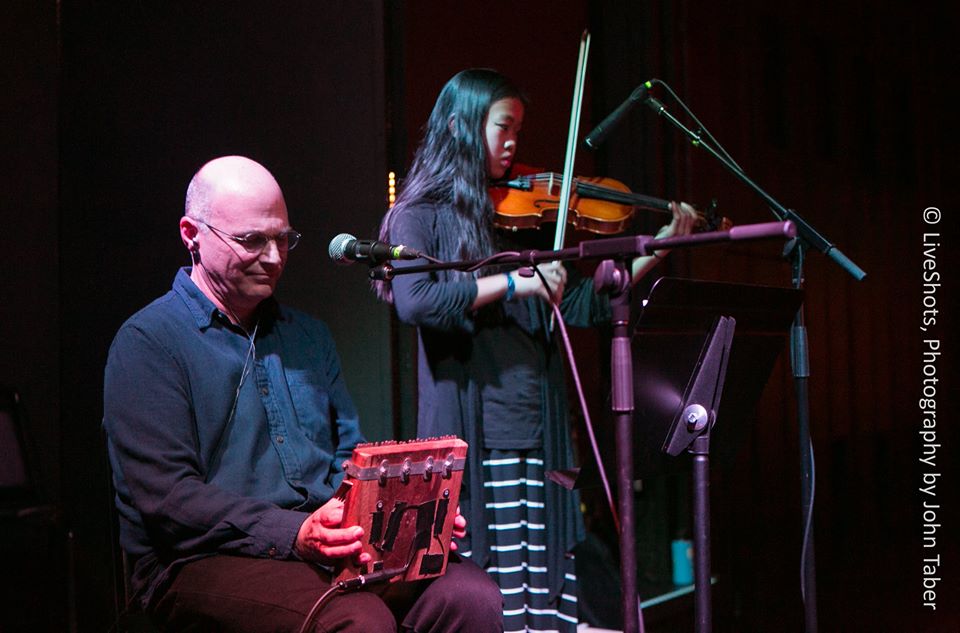 One of the greatest gifts of being a musician is the opportunity to play/create music with others. I feel so lucky to have been able to collaborate with so many creative and gifted musicians through the years. There is an aspect to the art of music that is inherently collaborative. The act of playing music with someone is an aspect of human connection and communication that is very special! About a year and a half ago, I did a series of blogs that were tributes/appreciations of some of my musical friends who played on my album Soft Sea Creatures.

Of all the wonderful musicians I have been able to collaborate with, none have been as personally fulfilling as collaborations with my daughter Mei Lin, who plays violin/fiddle.  Whether I am accompanying her on the piano while she plays Bach, playing bluegrass tunes with her on our front porch, joining our voices in harmony in the car or playing free jazz when she joins in with Tumble, I so love the opportunity to connect with her through our shared musical languages.

I have some special memories of our musical connection going back to when she was a baby. I remember on the day that we adopted her, I held her in my arms and softly sang the melody of a traditional Zimbabwean mbira tune to her. Her eyes latched on to mine while I was singing and I felt her body relax. The song held her attention in a deep way. I could feel the beginnings of her deep connection to music which has grown and flourished so much since that time. Several months later, I was playing a simple groove on a little kalimba I have had since I was in my 20s. She rocked her body in groove to the rhythm – looked at my hands playing – looked at her hands – grabbed towards my instrument – wanting to play. I again could sense her strong musical spirit. We were lucky enough to capture that moment on a video.

Eventually, she started to play the violin, and her love for the instrument and musicality have grown steadily through the years.

It has been a real joy to have her join in as a special guest with my band Tumble on both recordings and performances. Here is a video of our set from the Night of Giving benefit concert in December 2017. Bill was not able to make it that night so we were “bass-less”. Mei Lin joined us for our set that night.