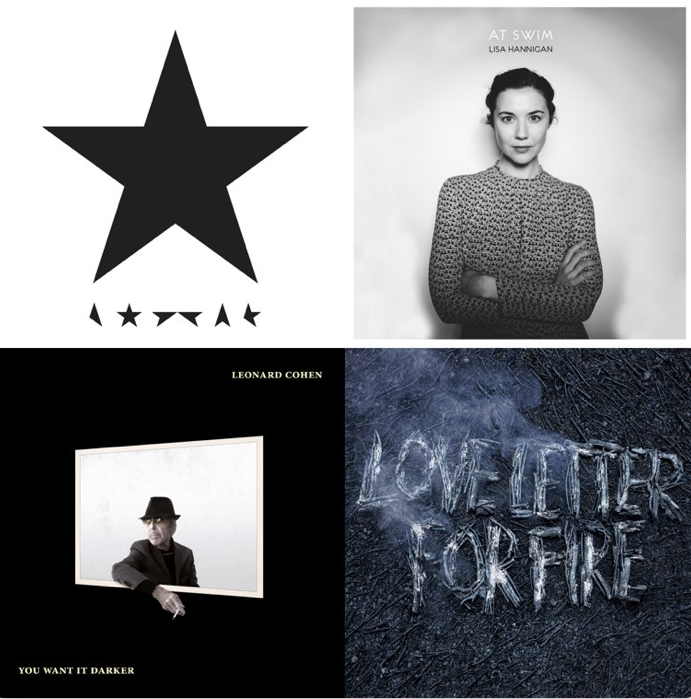 2016 was not a kind year to our world community of important musicians. We lost way too many musical legends last year! Yet, despite all these losses, 2016 was a wonderful year for new music. There were so many wonderful records which inspired me greatly. When I was working on my first draft of albums I loved in 2016, I had well over 30 on my list! So… I have narrowed these down to 10. These are not scaled, but rather in alphabetical order. Instead of giving “music critic” type of descriptions of each album, I have decided to write a Haiku review/impression of each album.

“Don’t even know me that well”

Fractures of the heart

“At the center of it all”

Get down in the depths

“You Want It Darker”

“Lift the veil and see your face”

Fades into the light

“Hide the rich and spare the young”

Live footage of Invisible Guy – not from album

“Otis Was a Polar Bear”

Now who was Otis?

“The white room by the window”

Please feel free to post/share some of the music that moved you the most in the past year..